Religion, Ethics and Philosophy (REP) promotes community cohesion by helping students to learn to understand others and value diversity whilst also promoting shared values and an awareness of human rights. REP provides students with opportunities to further their spiritual, moral, social and cultural development, enabling them to grow as individuals with a sense of identity as well as belonging, in order to contribute positively and effectively to society. 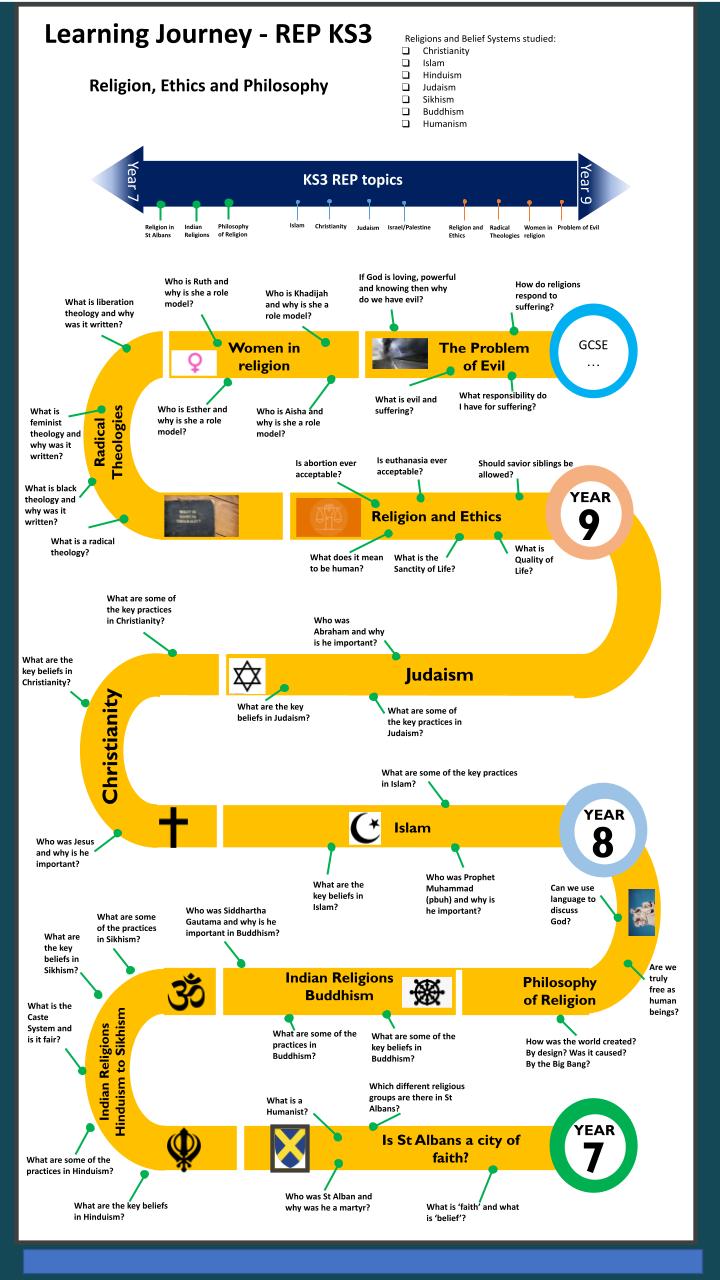 In Key Stage 3, students will study all six major world religions. They will be taught once a week and topics are generally focused on for a term; allowing students to deepen their knowledge and understanding of each religion.

What support is needed?

How will students be assessed?

In Years 10 and 11 Students are required to attend REP core lessons, they are part of a carousel system with PSHE.

In year 10, students will engage with the following topics:

Religion and Media: How is religion represented in the media? Is it fair to each religion? Are some religions misrepresented?

Secularism: What is secularism? How is it challenging for religions? Is Britain a secular country?

Philosophy of Religion: Who are some key founding philosophers? What are their views?

In year 11, students will engage with the following topics:

Just War: Can war ever be just? What is the just war theory? Are there any examples of just wars?

Students will focus on the concept of good and evil, discussing the issues surrounding moral and natural evil as well as the problems of war.