Within Media Studies, students gain knowledge and an understanding of a range of different media texts in addition to studying the context in which they were made. As a result, students glean knowledge about the world in which we live.

The multifaceted nature of Media prepares GCSE students for a range of A-levels, including Film Studies at St Albans Girls' School, and careers in the many career avenues available in contemporary media.

This is a relevant and contemporary subject that students can pick as a GCSE option in Year 10.  Key Stage 3 students will have some knowledge of the media through their English lessons where magazines, newspapers and advertising may be studied.

is a popular, creative subject that many students opt to study.  Many aspects are covered including film, TV, advertising, digital technology, magazines amongst others.  Students critically engage with texts, learn the key skills to analyse them effectively as well as consider why institutions produce them, but also why and how audiences consume them.

There is a practical element to the GCSE course where students plan, organise, produce and edit media products ranging from their own advertising campaigns, magazines and moving image sequences.  The standard of the work is very high and students have the use of Apple iMac computers in two suites in the school. 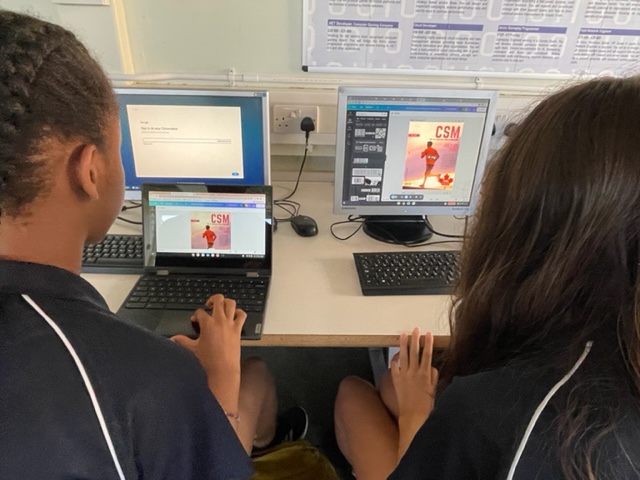 How is the course assessed?

This exam assesses media language or representation, which will be based on an extract from one of the set television programme episodes to be viewed in the examination. Students study the Sitcom genre with a specific focus on ‘Friends’ and ‘The IT Crowd’. In addition to the study of television students study music videos and online media in relation to media industries, audiences or media contexts.

An individual media production for an intended audience in response to a choice of briefs set by WJEC, applying knowledge and understanding of media language and representation. The briefs will always specify the intended target audience, as well as other key requirements such as genre/style.

The table below summarises Components 1, 2 and 3:

COURSE STRUCTURE
Coursework to be undertaken in Year 10.
Both exams are to be sat in Year 11.

What texts are recommended?

What websites are recommended?